Dennis Wilson- "I Live With 17 Girls" 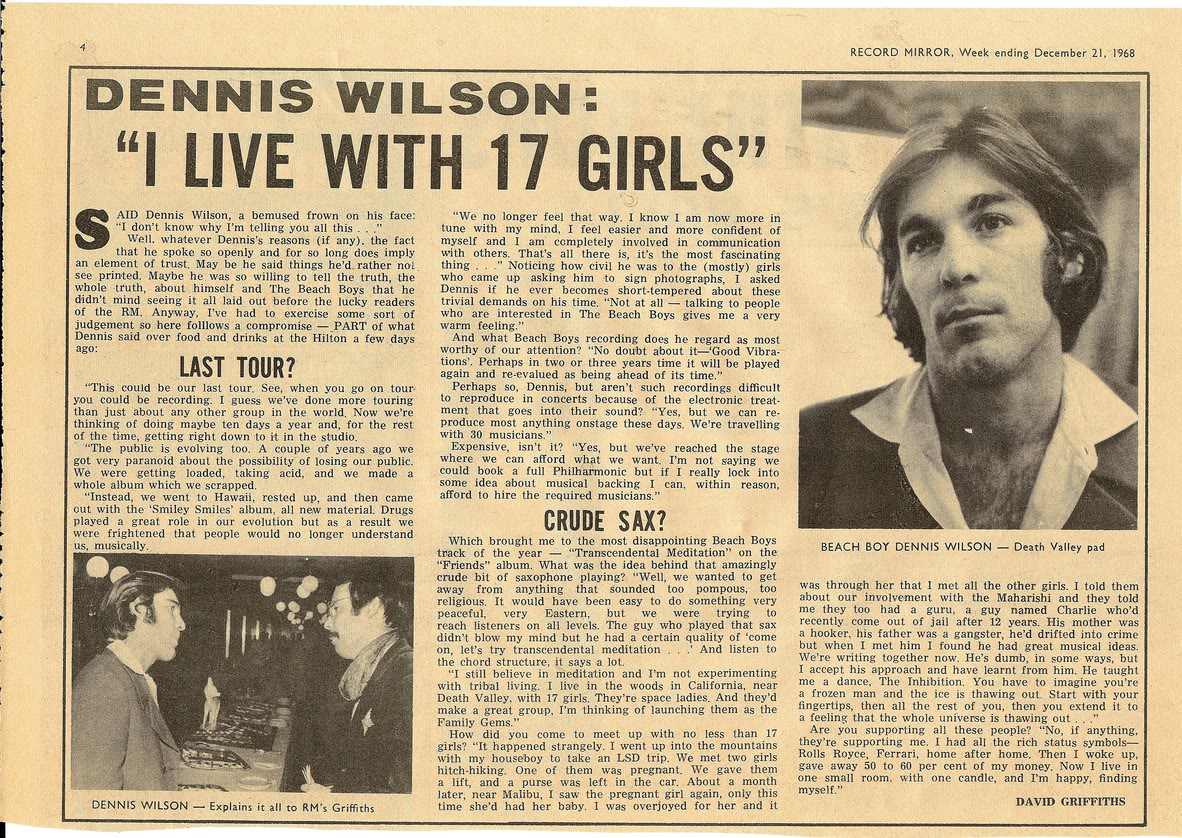 "The public is evolving too. A couple of years ago we got very paranoid about the possibility of losing our public. We were getting loaded, taking acid, and we made a whole album which we scrapped. Instead, we went to Hawaii, rested up, and then came out with the 'Smiley Smile' album, all new material. Drugs played a great role in our evolution but as a result we were frightened that people would no longer understand us, musically."

"I live in the woods in California, near Death Valley, with 17 girls. They're space ladies. And they'd make a great group. I'm thinking of launching them as the Family Gems. "[The way I met them was] strange ... I went up into the mountains with my houseboy to take an LSD trip. We met two girls hitch-hiking. One of them was pregnant. We gave them a lift, and a purse was left in the car. About a month later, near Malibu, I saw the pregnant girl again, only this time she'd had her baby. I was overjoyed for her and it was through her that I met all the girls. I told them about our involvement with the Maharishi and they told me they too had a guru, a guy named Charile who'd recently come out of jail after 12 years. His mother was a hooker, his father was a gangster, he'd drifted into crime but when I met him I found he had great musical ideas. We're writing together now. He's dumb, in some ways, but I accept his approach and have learnt from him."