Get Together With Gary Usher 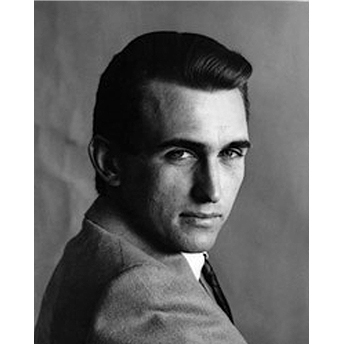 ROLLING STONE has a short review of "Barefoot Adventure: The 4 Star Sessions 1962-1966" an enjoyable compilation of music by Gary Usher. Most of the tunes on this compilation, released by Sundazed Records, are in the surf or hot-rod vein. As many Beach Boys fans know, Usher collaborated with Brian Wilson to write some of the Beach Boys' most memorable tunes, including "In My Room." Two songs on "Barefoot Adventure" feature the drumming of Dennis Wilson.

Another Usher project recently re-issued by Sundazed records is "The Blue Marble", an album recorded in 1969 by the Sagittarius studio group. Sagittarius' first album, "Present Tense" came out on Columbia in 1967 and was a collaborative affair. Usher worked in conjunction with artists such as Curt Boettcher, Bruce Johnston, Glen Campbell and the Firesign Theatre.

Although "The Blue Marble," originally released on Together Records, features some great singing, writing and producing by Boettcher, it was much closer to an Usher solo album than the first Sagittarius album. Usher wrote, sang and produced most of the 10 tracks himself. There's more of an introspective, personal, metaphysical, spiritual vibe to "The Blue Marble" than on Sagittarius' first album. Also, "The Blue Marble" features the Moog synthesizer on several tracks, giving the whole affair a fairly trippy vibe. Usher is quoted in the liner notes as saying that he was experiencing LSD flashbacks during the time the album was recorded.

Beach Boys fans should note that the opening track on "The Blue Marble" is a version of "In My Room," which was co-produced by Usher, Boettcher and Keith Olsen; Usher and Boettcher also share lead vocal duties. If you enjoy grandiose baroque-pop with strong pop/harmony vocals, you should definitely check out Sagittarius.