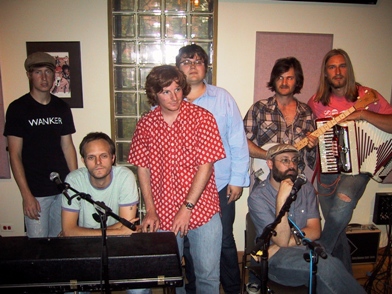 CHARLESTON CITY PAPER "According to [Jason] Brewer, melody 'is just not present in pop music anymore. And it bugs the crap out of me. Pet Sounds opened up this thing in my brain — singing, vocals, vocal groups — that's what groups my age don't do. That's where I can get an edge with music.'"

This is one of the most interesting, and in depth, articles about the exciting band The Explorers Club. Some of the more intriguing tid-bits include: Brewer is collaborating with former Brian Wilson associate Andy Paley; The Explorers Club is getting some unofficial management help from Marc Nathan, a senior A&R director at Capitol Music.