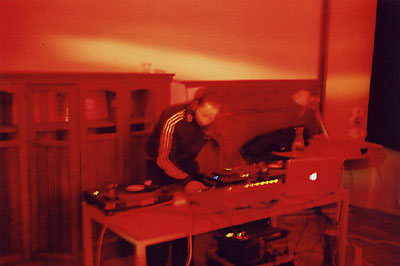 FACT MAGAZINE has a great interview with Kode9, an artist at the forefront of the UK electronic music movement called DUBSTEP- an offshoot of Garage music, dubstep is akin to instrumental Grime.

Kode9 also runs the label HYPERDUB, which is releasing his collaboration with vocalist Spaceape, called Memories of the Future. This album is likely to rank amongst the best electronic albums of 2006. Each track is like a sonic cinder, all the fat has been burned off, leaving only a shadowy dub prescence. Deep bass and all that. Great stuff.