Lupe's Fiasco? Not So! 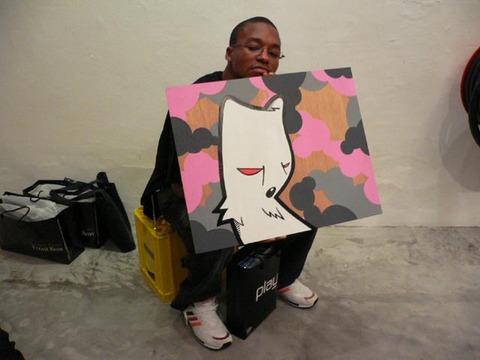 Despite last week's leak of an unfinished version, LUPE FIASCO plans to deliver his debut album, "Food & Liquor," as originally scheduled on June 27. This is one of the most hotly anticipated hip hop albums of '06. The first single from the album, "Kick, Push," has been garnering rave reviews. The leaked album, which we've had a chance to listen to, is great. Check the following links for more on the story:
SOHH
ALL HIP HOP 1
XXL MAG
BYRON CRAWFORD
VILLAGE VOICE
NAH RIGHT
ALL HIP HOP 2
THE PHINK
NOBODY SMILING