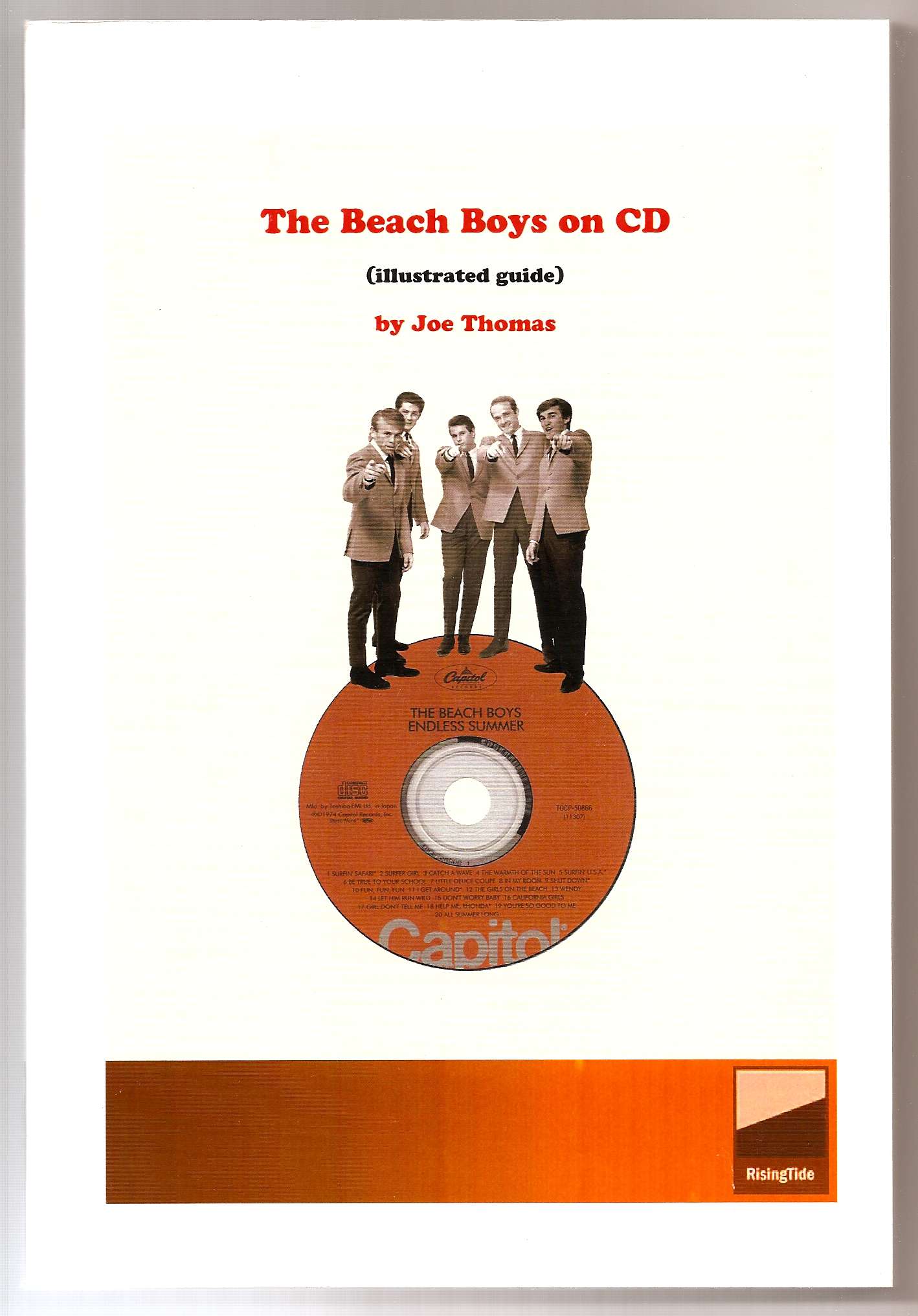 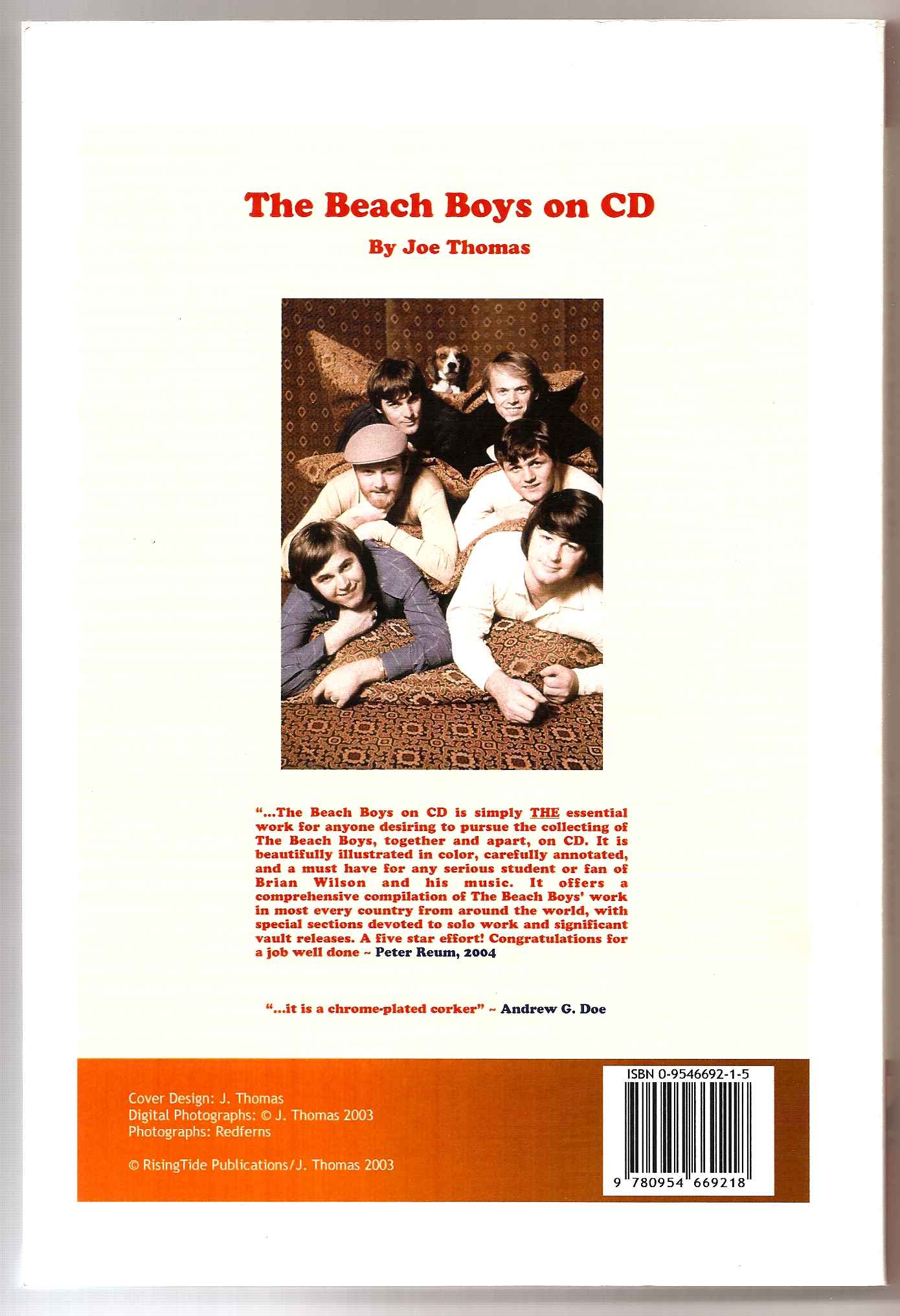 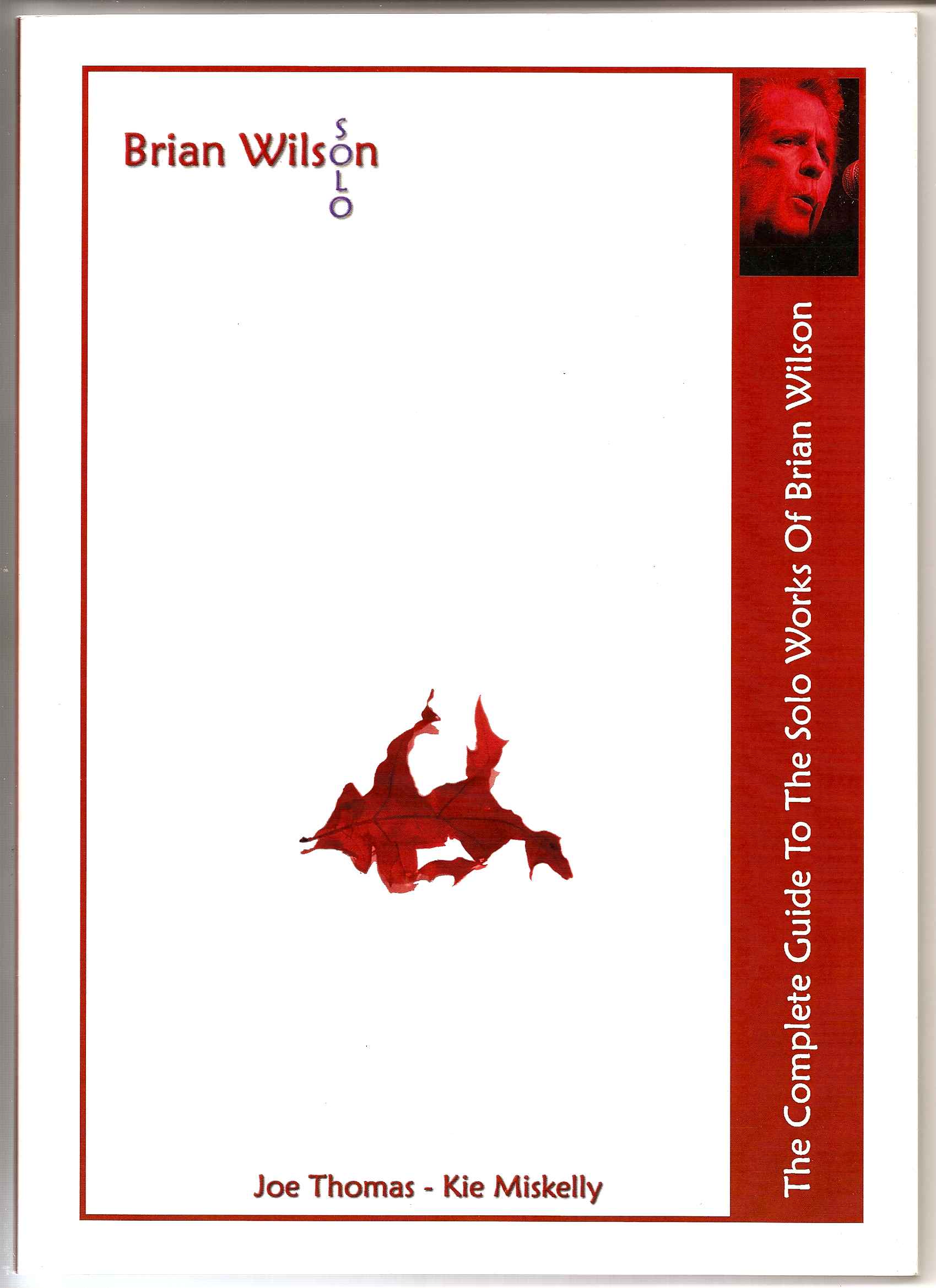 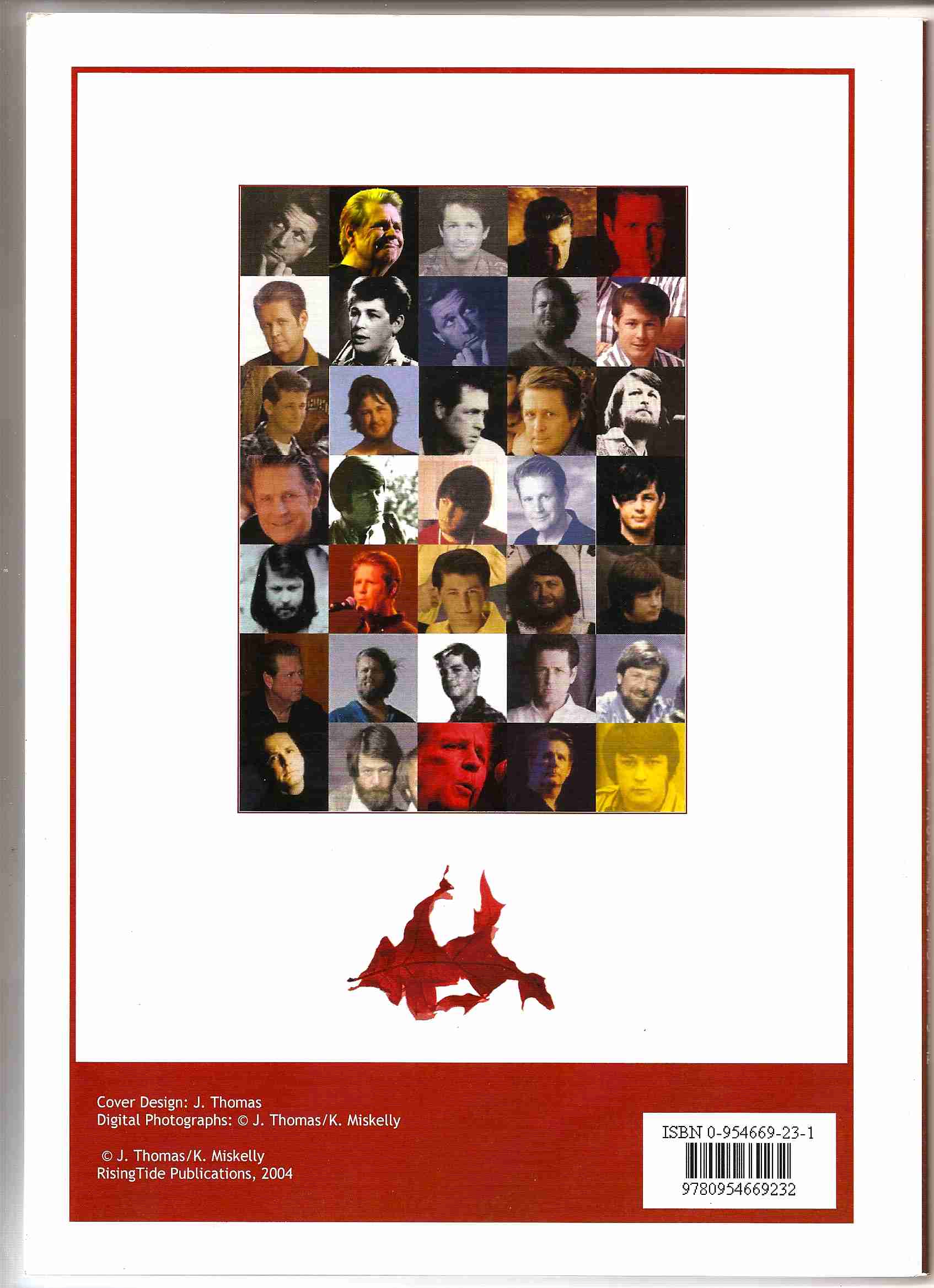 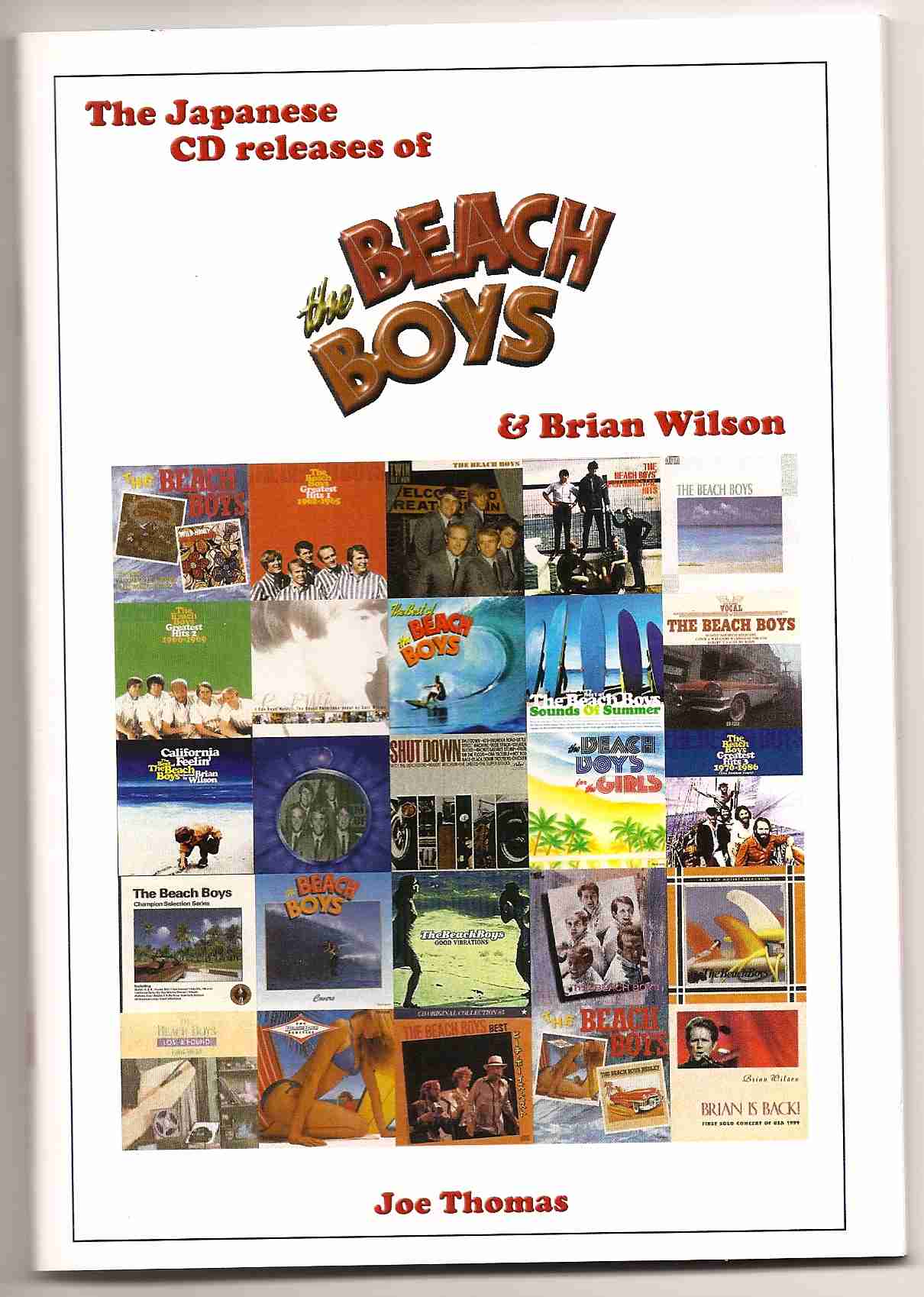 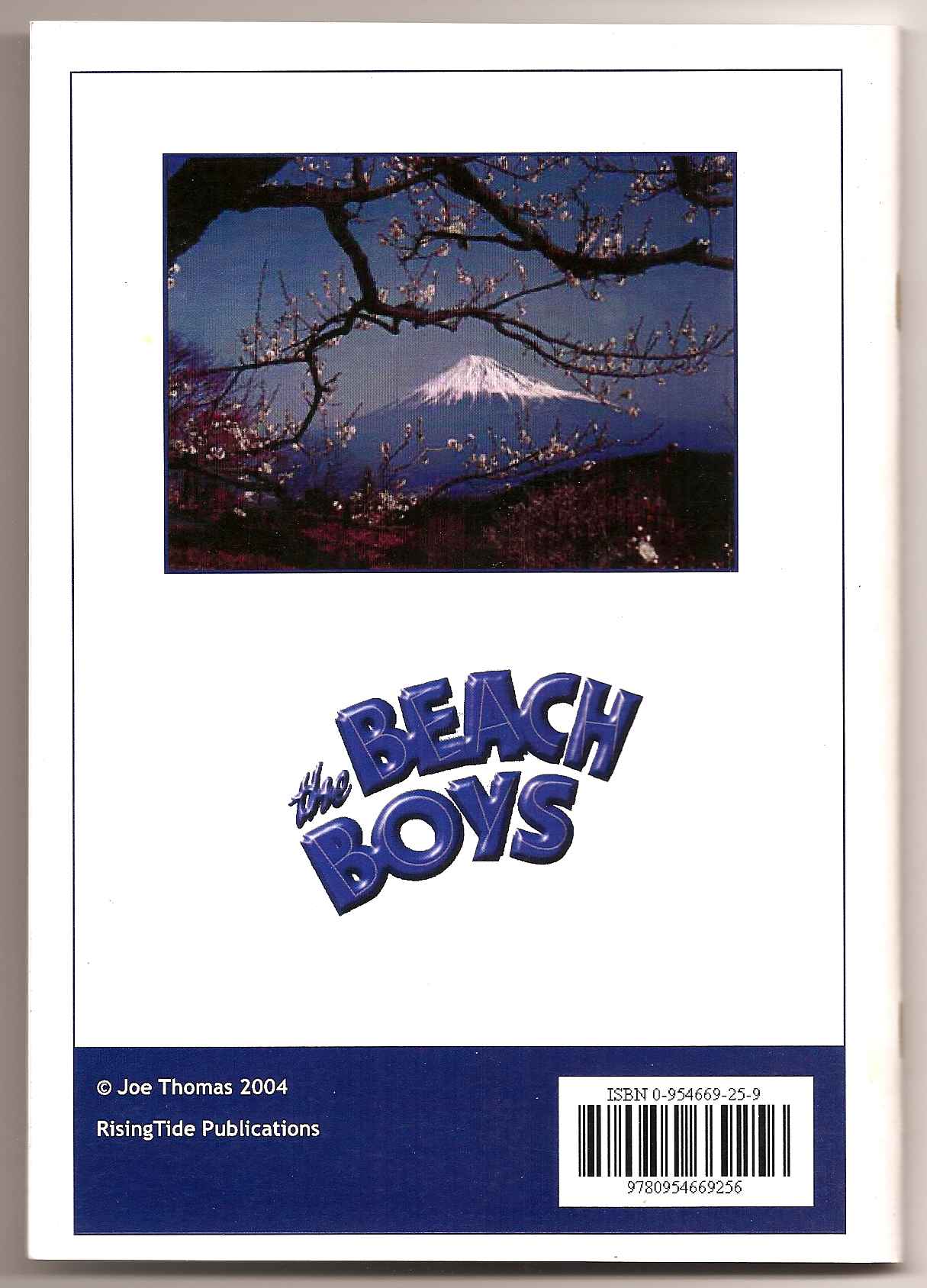 LAYING DOWN THE GAUNTLET

HOW MANY CDS ARE IN YOUR BEACH BOYS/BRIAN WILSON COLLECTION?

JOE AND KIE PUT THE REST OF US TO SHAME

These three books are extremely valuable compendiums for collectors of Brian Wilson/Beach Boys CDs. For the contemporary collector, there's about seven years of CD releases that are missing because the books were published in 2004. It would be great if Rising Tide (long since defunct) came back to issue newly expanded editions to cover the intervening years. The original editions are long out of print. One seller on Amazon has a used copy of the Beach Boys book on sale for the outrageous price of $270.34. Nevertheless, if you collect Brian Wilson/Beach Boys CDs, all three volumes are a necessary part of your collection.

I purchased all three directly from Joe Thomas when they first were published . As I recall, they were self-published by Joe under the monicker "RisingTide Publications." Joe is from Ireland, and Kie, his co-author on the Brian Wilson book, is from Scotland. Overall, the printing quality is good. However, since they were self-published, the quality is not quite up to the standards of more established publishing houses. For example, while "Brian Wilson Solo: The Complete Guide To The Solo Works of Brian Wilson" and "The Beach Boys on CD (illustrated guide)" are "perfect bound," "The Japanese CD Releases of The Beach Boys & Brian Wilson" is more like a stapled pamphlet. Also, the quality of the printing of the covers is not very fine, and is in parts blurry; and the quality of the paper covers is not top notch. (Apparently, the Beach Boys volume was also released in a hard backed version, I only purchased the soft cover version, so I can only comment on that version.) Joe and Kie could have used the help of an outside editor to catch some printing mishaps and flubs inside. However, the wealth of information makes up for a few minor slip-ups here and there.

Each of the books is cram-packed with information. Each contains a multitude of scans of CDs, along with discographical details and other notes. The books cover both well-known/common discs as well as the ultra rare and obscure. Even the most thorough collector will find numerous discs she never knew existed. For each CD you get scans of the front cover, the disc itself and usually the tray-card. The more significant discs get a page of their own, that includes the above mentioned details as well as additional pictures, notes and related information. Most pages feature two or more discs. The more pedestrian discs get less attention and are featured en mass in sets of five or more discs a page. Other details of "The Beach Boys on CD (illustrated guide)" include a brief introduction to the members of the Beach Boys, the history of Beach Boys' music on disc, scans of flyers and other ephemera, and several appendixes- the most useful of which are an alphabetical song listing and a ten page index of all of the CDs covered in the book. "Brian Wilson Solo: The Complete Guide To The Solo Works of Brian Wilson" also has a significant amount of information/pictures related to the various solo tours that Brian Wilson embarked on. "The Japanese CD Releases of The Beach Boys & Brian Wilson" is kind of a separately published appendix; it's considerably smaller in size, and shorter in page number, than its counterparts. As I recall, it came as a free supplement if you bought the Beach Boys and the Brian Wilson books together.

Best of all, each book contains a lengthy section devoted to bootlegs, primarily "silver disc" bootlegs. Approximately 50 pages of "The Beach Boys on CD (illustrated guide)" are devoted to bootlegs. A large section of both "Brian Wilson Solo: The Complete Guide To The Solo Works of Brian Wilson" and "The Japanese CD Releases of The Beach Boys & Brian Wilson" describe the bootleg scene. While many of the bootlegs detailed here are known to the more avid collectors, e.g. "Sea of Tunes" and related labels, there are very few collectors who've seen all of these before. You will definitely be left drooling with envy as you flip through page after page of illicit discs.

You could spend a lifetime collecting Beach Boys/Brian Wilson CDs and only be able to amass a fraction of the discs detailed by Joe and Kie. Without a doubt, only a handful of collectors have all of the discs detailed by these authors. Their books demonstrate just how popular the music of the Beach Boys/Brian Wilson has been and the number and variety of forms in which it has ben published. However, with these three books, you at least know what to aim for and you can pick out the discs you really want and focus your collecting on those. Happy hunting!