By DJ M on September 23rd, 2006
In Miscellaneous Music 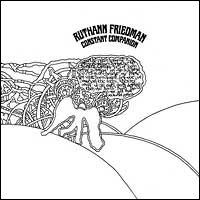 A recent CD re-issue of singer-songwriter RUTHANN FRIEDMAN'S solo album Constant Companion contains one bonus track. The bonus track, "Carry On (Glittering Dancer)," is a rare single executive produced by Van Dyke Parks, written and performed by Ms. Friedman and produced, arranged and conducted by Kirby Johnson. Accoring to the disc's liner notes, Mr. Parks and Ms. Friedman dated for a time. Ms. Friedman is best known, if at all, as the writer of the hit single "Windy," performed by the Association.

The disc is released by WATER records. Here are two reviews of the re-issue: DUSTED MAGAZINE, DETROIT METRO TIMES.