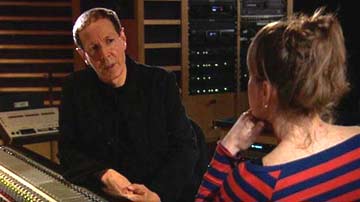 "The Drift" is the first album from Scott Walker in approx. 11 years; his last album, “Tilt”, came out on indie label Drag City. Walker is an enigmatic figure who has been stalking the music business since the early ‘60s. He got his start in the hot bed of the LA studio scene of the early ‘60s, working and interacting w/ figures like Jack Nitzsche and Phil Spector; formed the Walker Brothers with two other musicians, not his real brothers; moved to the UK and had a string of off kilter hits; recorded several cult solo albums; then fell outta sight through the ‘70s. He’s recorded a few more albums sporadically ever since.

I just got a promo recently, so these are only preliminary thoughts. The music on “The Drift” shows Walkers bleak, dark, brooding world-view in full force. “The Drift” is not rock, folk or any other easily categorized popular music form. It’s much closer to art-song, or German radio theater, or what the French call cinema for the ear. Walker’s vocal delivery is not singing in the traditional, popular sense- it’s much closer to sprechtstimme - literally "speech-voice" in German, meaning speak-singing. Think of the US’s Laurie Anderson. The musical accompaniment is stark, mostly minimal and atmospheric, but has dynamic bursts of noise. In many ways, this will appeal to the fans of bands like Black Dice and the Animal Collective.

“The Drift” is an important album by an influential, albeit “cult,” artist. It’s not an album that will elicit mediocre reactions – critics will either love it, or hate it. I’m falling on the love it side. I expect it will be getting some serious press by top outlets.
PULSE OF THE TWIN CITIES
4AD #1
4AD #2
FAN SITE
WFMU BLOG
IMOMUS