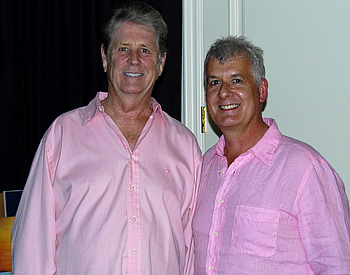 RADIOWROLD "For almost three years I have been involved with "The Record Producers," an ongoing BBC Radio 2 and 6 music documentary series. The program features interviews with a range of hit-making producers including Hugh Padgham (Sting, XTC, Phil Collins); Trevor Horn (Seal, Pet Shop Boys), Tony Visconti (David Bowie, The Moody Blues) and Jam & Lewis (Michael Jackson, Mary J. Blige, Usher). Just recently, I completed the 13th episode, an in-depth interview with Brian Wilson, a dear friend with whom I have worked with on a number of recording projects over the years."