Surfin’ California with Walt Whitman and The Beach Boys 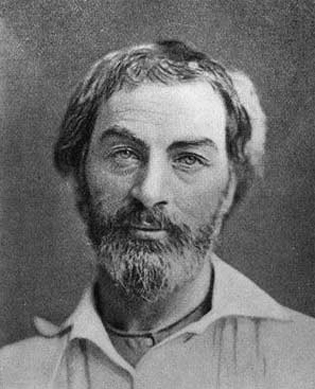 HAUNTED CALIFORNIA(S) "While Walt Whitman only wrote one poem about California in 1860, The Beach Boys wrote and produced several songs about it in the years between 1962 and 1966. Apart from the hundred years separating Whitman and The Beach Boys, a cultural gap also exists between them. Whitman represents the high point of American literary Romanticism, whereas The Beach Boys became the sixties’ most well-known pop icon of surf music and surf culture. Nevertheless, their common interest in California as a particular topographic image of the American West invites comparison and further study. This paper aims to make an intertextual reading of Whitman’s 'Facing West from California’s Shores' and selected songs by The Beach Boys, arguing that the Californian beach functions as a cultural topos of an American locus amoenus in the texts of both Whitman and The Beach Boys. Significantly, the belatedness with which The Beach Boys are haunted by and pick up on Whitman’s image of the Californian beach results in a kind of Bloomean misprision, in the sense that they (re)inscribe it in a sixties’ context of youth and consumer culture. To Whitman, the shores of the American West coast incarnate the home of perennial homelessness, dislocating any conventional sense of home as a place of resting. One hundred years later The Beach Boys seem to invest the West coast with similar cultural values. The Californian beach is still a homely site for constantly being on the move; only this time it is invested with the ambience of youth and surf cultural phenomena such as leisure, Woody cars, surf boards, fast sex, dancing, etc. And to top it all, in a utopian vision of mass cultural imperialism the Californian surf culture is even imaged as extending itself transcontinentally and transglobally, thus transplanting its home of eternal movement and time off worldwide." (Søren Hattesen Balle, Department of Languages and Intercultural Studies, Aalborg University, Denmark)