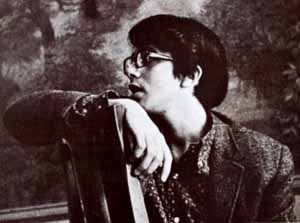 According to THE MUSE, "Song Cycle" is slated to be re-released for its 40th anniversary and will likely appear in the spring of 2009.

Van Dyke Parks is quoted as saying: “Song Cycle is very much an article of national and personal mourning. In public terms, America was still reeling from the Kennedy assassination…In my own personal terms, I was dealing with my elder brother’s recent death. The album is a psychological trauma center. I recorded it when I was 25, and made bold errors I wouldn’t dream of repeating at my age. I wouldn’t revise [Song Cycle] at all. It is a…piece of its time; a worthy insight into the zeitgeist – the ‘vibe,’ dude – of the ‘60s. The world is not holding its breath. Still, I’ll breathe easier as an artist, once I’ve finished this custodial duty."