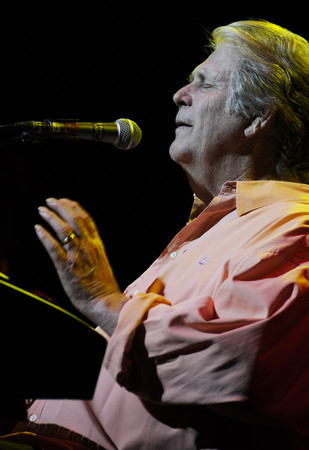 MONTCLAIR PATCH "[A]t the Wellmont Theatre Thursday night, you couldn't take a step without bumping into a die-hard fan of ["Pet Sounds"] -- and the man who recorded it. Although the hall was only half full, the ones who were there clearly loved Brian Wilson. Those fans, many of them musicians themselves, were willing to forgive Wilson, now 69, when his performing skills faltered. When pressed, one such performer and songwriter agreed that Wilson's voice wanders from off-key to out of tune, but still praised the performance. Although Wilson’s demeanor was impassive and his eyes stayed mostly glued to the prompter, he seemed to be happy to be there and showed how it meant to him that his fans were dancing to his tunes."