BEACH BOYS AND THE SATAN 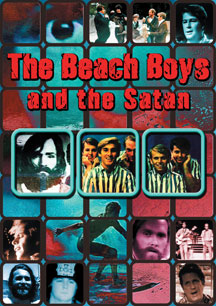 MVD “Most people imagine California during the sixties to be an idyllic peaceful and highly creative place in which some of the greatest music of the sixties and beyond was created. In many ways this is true but there was also a dark undercurrent that took hold during the late sixties and it stretched out and infiltrated what many people to be ‘America's Band’ The Beach Boys when drummer Dennis Wilson became involved with a cult led by Charles Manson called ‘The Family’. This documentary details the Beach Boys rise to success into context with rarely seen footage of the band, while it exposes the Summer of Love's darkest side and investigates the connections between some of the most controversial characters of that period (Anton La Vey, Kenneth Anger, and Brian Wilson) and their connection to the Manson Family. The film includes interviews with Kim Fowley, Don Was and the creative force behind the Beach Boys, Brian Wilson. The film which was originally released in 1997 has been unavailable for some time and this release on DVD will be highly anticipated.”